With the year 2015 only being a few days old, it’s time to look at the very popular 2-period RSI trading method by Larry Connors and Cesar Alvarez. We all know there are no magic indicators but there is an indicator that certainly acted like magic over several decades. What indicator is it? Our reliable RSI indicator.

Over the past few years the standard 2-period trading model as defined in the book, “Short Term Trading Strategies That Work”, has been in a drawdown. During 2011 the market experienced a sudden and sustained drop which put the trading model into loss. Recall, the trading model had no stops. Since this drop the model has been slowly recovering. Below is an equity graph depicting the trading model’s equity curve trading the SPX index from 1980. You can easily see the large drop around trade number 135. 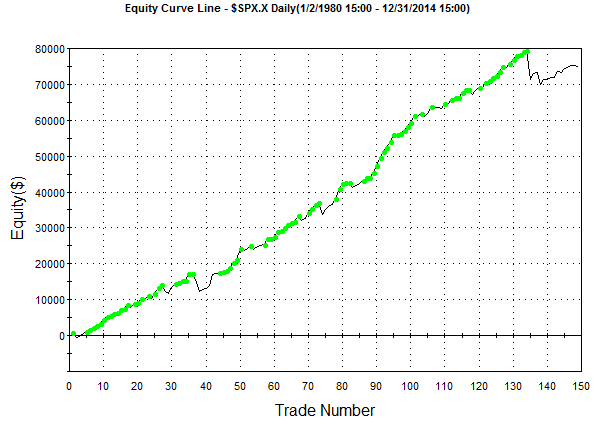 Here is a closeup view of the last 23 trades, which covers about the last six years. 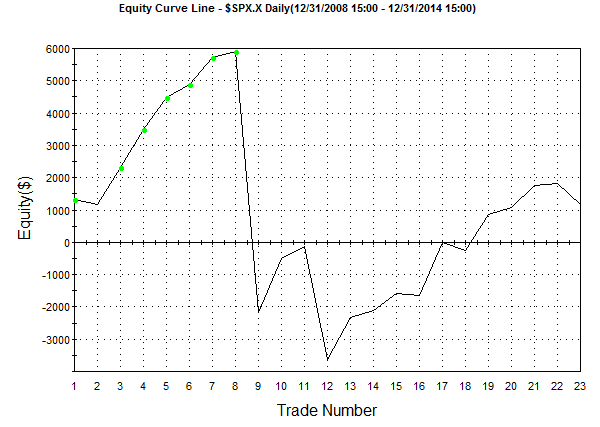 The trading model as originally proposed by Larry Connors is very simple and consist of long-only trades. As a reminder, the rules are as follows:

All the tests within this article are going to use the following assumptions:

It’s not like drawdowns have not happened before, but that’s not really what I want to explore. I want to take a closer look at the 2-period RSI indicator and see if we can improve the basic trading model by Larry Connors.

Back in the year 2013 I explored the robustness of the trading parameters used by the 2-period RSI trading model. That article can be found here. Within that article a slightly modified version of the original trading rules was proposed. In short, they doubled the value of the RSI threshold value (from 5 to 10) and troubled the look-back period for the simple moving average exit rule (from 5 to 10). Finally, a stop value of $2,000 was added. I picked this value because it represents our risk value when scaling the number of shares to trade. Notice we are only risking 2% of our $100,000 account on each trade. Here is a summary of the rule changes. 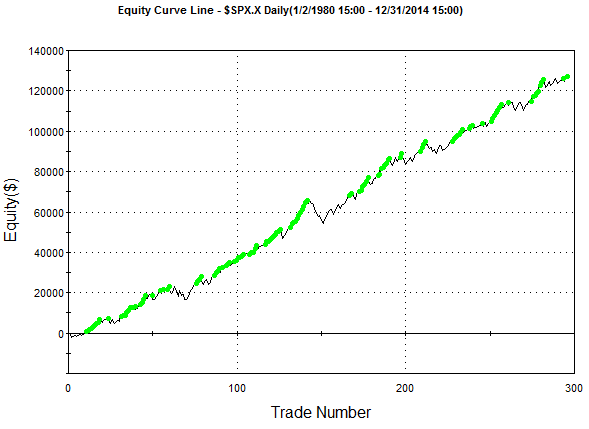 Our increase in net profit comes at the cost of more trades which is due to the fact of lowering the stand on what we consider a viable pullback. By increasing the RSI threshold from 5 to 10 more setups qualify as a valid entry, thus we take more trades. But we also increased our look-back period for our exit calculation. Thus, we should be holding some of the trades a little longer in an attempt to make more profit.

The stop value does hurt the performance of our model. For example, removing the stop value will result in $157,000 in profit with a profit factor of 2.7. However, we’re going to keep the stop in place because trading without a stop is something most people will not be doing! It will also help protect us from massive losing trades as seen in 2011. These new rules result in making new equity highs unlike the original rules which is recovering from a large loss in 2011.

Note, in the 2-period RSI article form 2013 I incorrectly state the stop loss does not hurt the performance. I apparently was looking at the performance report and uploaded the wrong charts! Stops do hurt the system, but our modified rules do continue to perform well.

The RSI indicator still appears to be a robust indicator at locating high probability entry points within the major market indices. You can modify the trigger threshold and holding period over a large range of values and still produce positive trading results. I hope this article will give you lots of ideas to explore on your own. Another idea in regards to testing parameters is to independently optimize the parameters over the “portfolio” of market ETFs instead of using just $SPX.  There is no doubt in my mind the RSI indicator can be used as a basis for a profitable trading system. 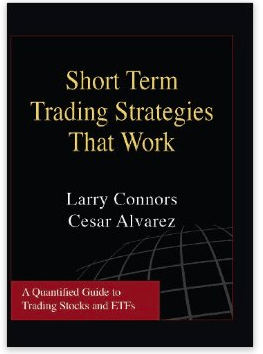