Get Started With EasyLanguage

Euro Scalping Strategy – How Did It Do?

I created a six-part series on building a Euro Futures trading system on a 5-minute chart a few years back. Inspired by an idea found back in 2013, I ran with it.

The Key Idea of this strategy is that the Euro Futures market rarely goes beyond a 1% distance from a 200-period simple moving average (SMA). When price does, it will soon retreat from such an extreme.

Below is an image of the system with a trade example. Notice there are times when price touches the lower bands, and no trade is entered. The price must close below the band to trigger a trade. 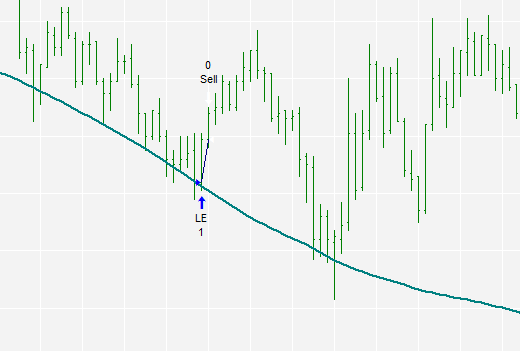 In the original series, I spent a reasonable amount of time testing different filters. In the end, one filter stood out. That filter was a time-based filter that reduced the trading time to the quiet market hours of 1100 – 2400 Central. In the final article, I modified the simple moving average envelop from 1.00 to 1.09.

How Did It Do? 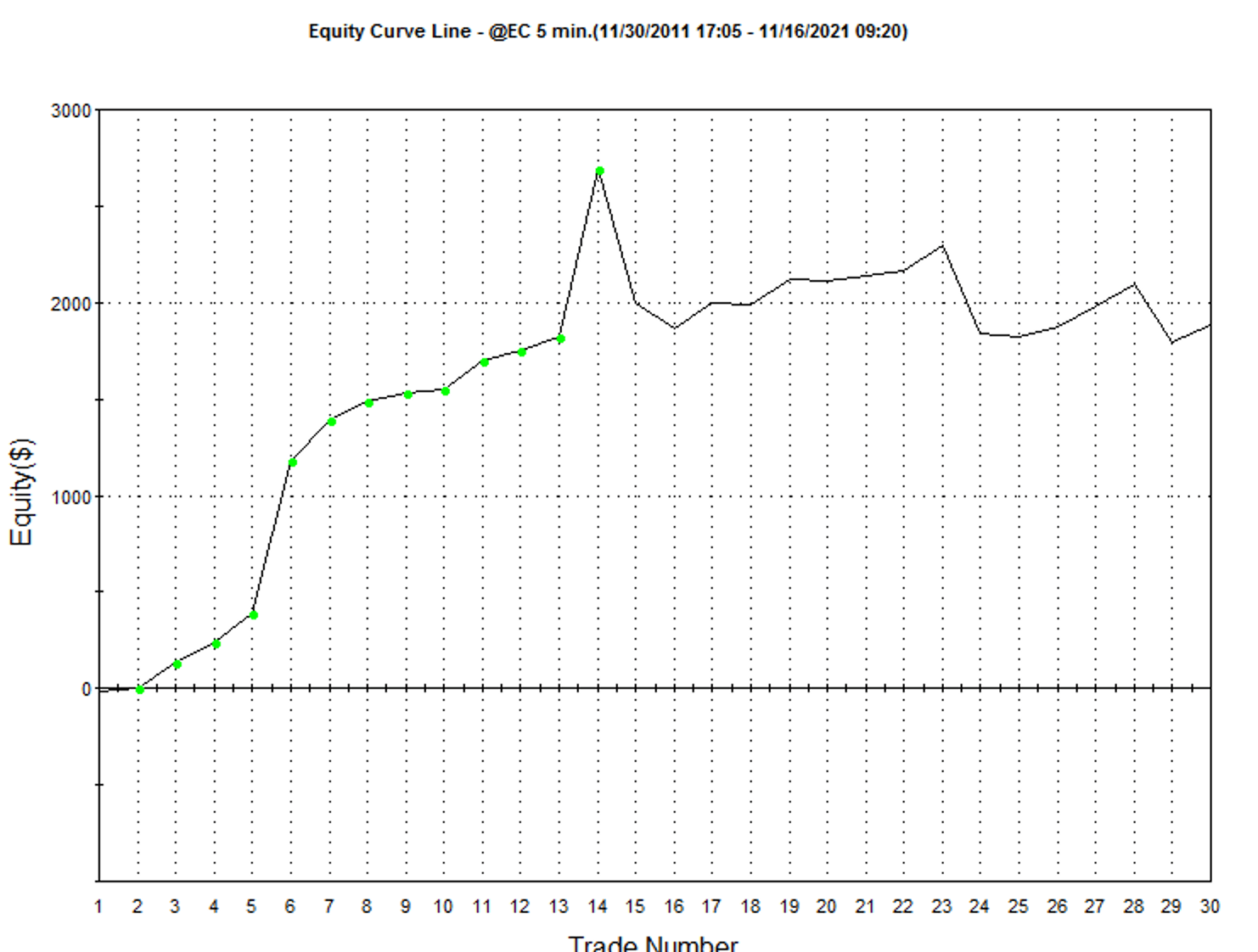 It does OK. It does remain profitable, but there are so few trades. In the last article in the series, I increased the simple moving average envelop from 1.00 to 1.09. For fun, let's return it to the original value of 1.00. That should give us more trades. 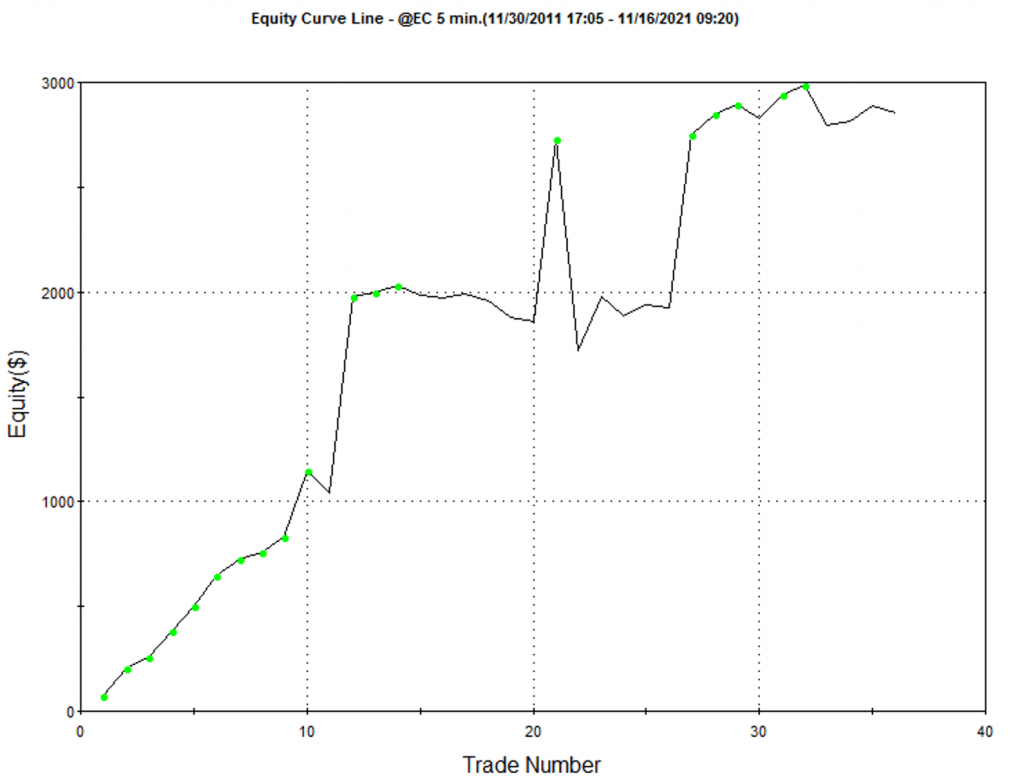 Better but nothing too significant. Far too few trades, still.

This goes show you, building a scalping strategy can be very difficult. Overall, I'm rather impressed with this system held up at all. While it does not trade very often, it does seem to exploit an edge. Can you take advantage of it in the real world? Maybe.

What Else Can Be Done?

Keep in mind, we have only looked at the long side of this trade. There is still the short side explore. We also don't have a hard stop in place. That could easily be added based on your own risk.

I may attempt to re-create this strategy in Build Alpha and see if I can locate a better filter and/or exit.

Below are links to previous articles in this series.