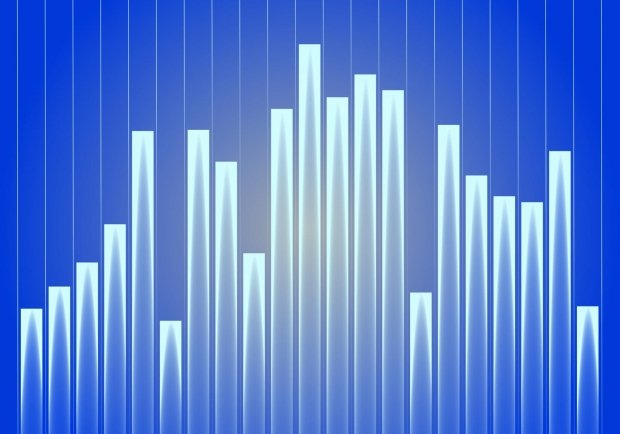 Many markets are interrelated. These interrelationships can offer predictive capabilities for many markets. The study of these interrelationships is called intermarket analysis. A widely known intermarket relationship is the one between the S&P 500 and the 30-year Treasury Bond. Bond prices generally are positively correlated with the S&P 500 (while yields are negatively correlated), although this is not always true, bonds should generally lead stocks at turning points. Thus, we could trade the S&P based upon observed divergences with Bond market. The S&P market is our traded market while our Bond market is our intermarket. Based on this, we get the following generalization for intermarket trading systems.

For positively correlated markets we have as follows:

You can use various concepts to define an up and down trend. In most of my works I used price relative to a moving average. For negatively correlated markets we have as follows:

I developed this concept because most of my intermarket works were based on the futures market. However, when using back adjusted futures contracts you can’t use ratios so, intermarket divergence of price minus a moving average solved this issue. This concept has worked well for many systems that I have developed for the past 20 years. For example, in 1998 I released a 30-year Treasury Bond system which used Utility Stocks as an intermarket. This system with the original parameters has continued to work until today (2016). This system is often listed in Futures Truths Top Ten since release list without re-optimization all these years, later using just the simple positive correlation logic above.

To learn more about intermarket analysis and the trading systems developed from this method see the following links:

In 2011 I began to think, as good as intermarket divergence is it must matter how we have gotten the divergence. For example, let’s use our bond example. If Bonds are below their moving average and Utility Stocks are above we buy. This rule does very good, but is there a nuance on how we got to this state? To help explain this, let’s reference to being above the moving average as positive and below as negative. Thus, the current state of our intermarket divergence is…

Now let’s ask the question, what state were these two markets in before reaching our current state? Most likely the prior state was one of these to possible states.

The question is, does it matter what the previous state was before reaching our current state? This question is what inspired me to explore not only the current state but the previous state when making trading decisions. I call this process of looking at the prior states as “intermarket state analysis”. This topic is a very intriguing area of research, and to help me during my research I developed a tool which allows me to do this analysis using TradeStation’s optimization feature. I call this tool, “Intermarket Divergence Optimization”.

Let’s expand our research taking into account the prior state. We’ll look at the long entries only. We will define our possible states as follows:

The State of Intermarket Divergence

Let’s look closely at the intermarket relationship between the 30-year Treasury Bond and UTY. Bonds have been in a great bull market for almost 8 years. Also, Bonds are up about 80 points in the past 10 years. This strong uptrend makes it hard to make money on the short side. Even with that this classic relationship does fairly well. It does have some problems and a large drawdown but, robust combinations make between 40-55 points over the past 10 years. Let’s see how state analysis can help us improve the performance against the trend on the short side of bonds.

Let’s look at the table above. The 0 state means “don’t care”. Thus, this means that the row where both the Long Entry PrevState and Short Entry Prev State is zero, represents the classic intermarket divergence. We optimized previous states for both the entry and the exit including the “don’t care” state. Some previous state do much worse than the classic intermarket divergence, but we will expect to see a cluster of them doing better. Let’s review the states again.

The average trade of the classic example is $259.36 a trade. As we can see we have four combinations with a higher average trade than the classic example. The best performing previous state is when the previous short entry state is 3. State 3 is when both Bonds and UTY are negative. We allow exit under all conditions. This combination decreases drawdown by over 45%. Also it almost doubles the average trade and increases the winning percentage. It also makes sense that a short term rally against the trend will reverse when the traded market and the intermarket are in sync.

Below are two charts showing typical trades taken by our trading model.

You can see two very nice short trades here, both occurred after the top but it still captured most of the moves.

One of the largest selloff in bonds happened in February-March 2015 in bonds, about 12 points. Our entry was very good using this state analysis. The exit missed the bottom and turn a monster winning into just a nice trade. We have several other combinations that make less money but they have higher average trades by as much as 50% and significantly less drawdown.