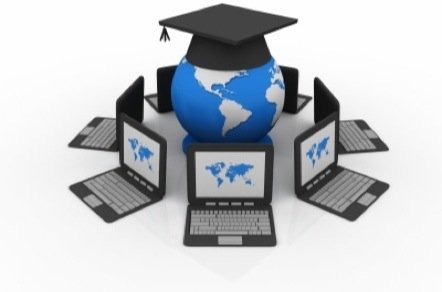 It’s been a year since I’ve updated the performance of this portfolio so here it goes!

What is the Ivy-10 Portfolio?

Back in 2012 I finished reading a very interesting book called, “The Ivy Portfolio”. This book was written by two money managers, Mebane Faber and Eric Richardson, who work at Cambria Investment Management. The authors wanted to answer the question of why money managers who manage some of the world’s best Ivy League schools produce such consistent results. Routinely Harvard and Yale endowments produce double digit annual returns. Since 1985 Yale University has returned around 16% annual returns and Harvard over 15% annual returns. Not only did they produce outstanding returns, but they did it by also reducing volatility and drawdown. This inspired me to create the Ivy-10 Portfolio which I track on System Trader Success. If you want to learn more about it, please read the original article here.

Below is the performance summary for the year 2014 only. Please note, returns include dividends but exclude commissions and slippage. First up is the equity curve. The Ivy-10 Portfolio is the green colored equity curve while the benchmark (SPY) is the blue equity curve. 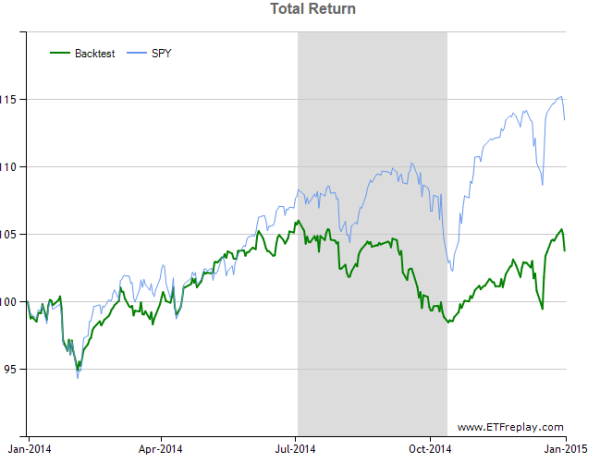 Below is the performance summary for both the Ivy-10 (Backtest) and the benchmark (SPY). We can see the Ivy-10 is underperforming the bench market significantly. The benchmark had a strong year as the overall market rocketed into new nominal highs.  The Ivy-10 did produce a timid 3.8% return. It’s not surprising the market outperformed and where the Ivy-10 Portfolio really shines is protecting capital during prolonged bear markets.

Expanding our view out to the last major market bottom of 2009 we can see the S&P (chart below) is performing better in terms of total return. It appears since later 2012 the Ivy-10 has not been able to gain much traction. 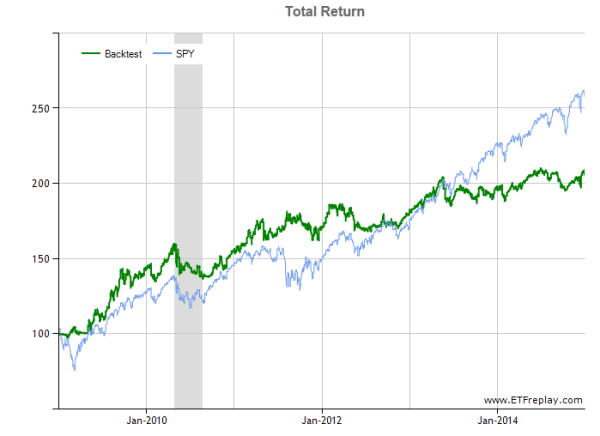 The Ivy Portfolio book was published back in 2006. Since this portfolio concept was conceived before that date I think it’s safe to say we can use 2007 as the starting period for our out-of-sample data for the portfolio.  Below are the results from 2007 through the close of 2014. Here you can clearly see that even with the recent flat performance of the Ivy-10, our benchmark still has a way to climb before matching the performance. 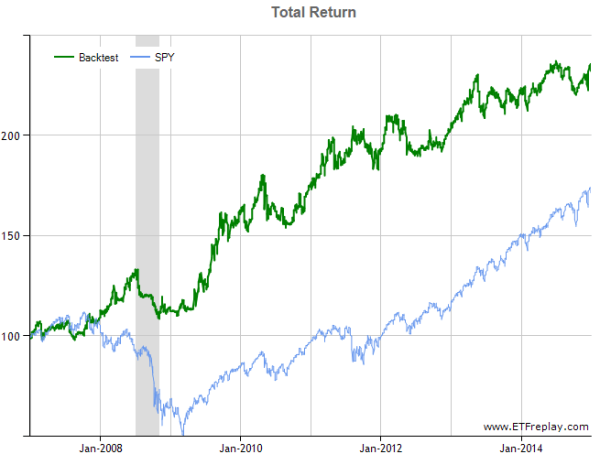 The max drawdown when compared to the benchmark is significantly better. Our portfolio experienced just under a 19% drawdown during the financial panic while our benchmark experienced a 55% drawdown.

As the SPY climbs and climbs to new highs over the past couple of years the Ivy-10 Portfolio has struggled to keep up with those recent gains. Only when you take into account the massive bear market of 2008-2009 do you see what the Ivy-10 truly affords, capital preservation.

If this topic interests you at all, you can purchase the book which describes the concepts and backtesting that inspired the Ivy-10 Portfolio. Amazon: The Ivy Portfolio 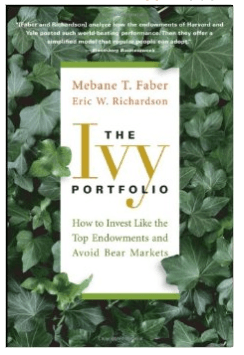