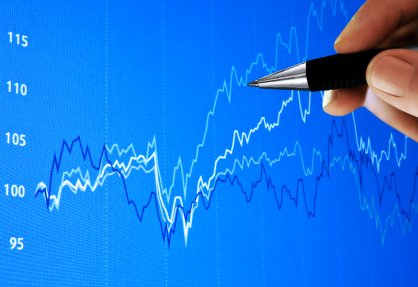 When I start to write a blog post, usually my process is this:

Bad puns are an important part of finance, and life in general.

A blog reader contacted me recently to chat about various technical analysis indicators, and one he mentioned was “TRIN”, a.k.a. the Arms Index. If you’ve been reading my blog awhile, you know that technical analysis makes my skin crawl… at least the kind that debates whether the chart shows a double top or a head-and-shoulders pattern. Interpreting shapes in financial data is just another form of tasseography. Give me quantities that I can quantify!

That said, some classical “TA” indicators can be useful. For example, RSI is useful because it can be tested and be shown to work for some systems.

I must admit, I’d never looked at TRIN before (which is derived from the words “trading index” apparently, making it the most generic indicator name one could come up with). Richard Arms developed this index as a way to augment a simple composite advance/decline index. He added a volume component and his name.

TRIN, or the Arms Index, is calculated thusly:

Sounds like a pain to calculate, doesn’t it? Thankfully, my data supplier has TRIN indices built in so I don’t have to do any math. I just access the index and boom, got my numbers. My faith in the usefulness of TRIN is such that I wouldn’t have bothered testing if I had to write code to calculate the index.

According to the literature, a TRIN value > 1 is considered bearish, and < 1 is bullish. Since the market tends to revert to a mean on a short-term basis, we should see a bearish sentiment as a chance to buy.

First, let’s establish a baseline system that doesn’t use TRIN.

In itself, the baseline system isn’t bad. Whenever you’ve got a down day, buy at the close and sell at your first profitable close, or after five days (whichever comes first). A duration of five days often turns out to be the magic number for mean-reversion trades. I think this is because that’s a calendar week, and whatever was scaring folks one week seems less scary the next week. It’s a theory anyway.

Our baseline system (notice how I always say “our”, like you had something to do with this? It’s my way of sharing the blame if things go wrong.) made a net profit of 92% in the in-sample period, with a 78% win rate. Our CAR/MDD is 0.18, which isn’t very good. Our maximum system drawdown was 33.32%. 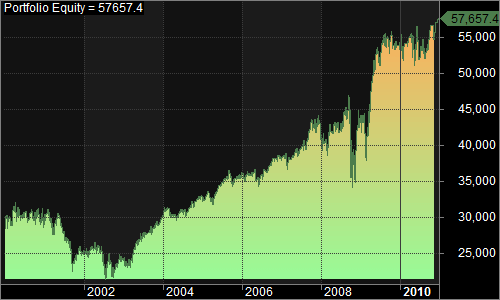 Compare that to buy-and-hold for the same period, which actually lost 15%. 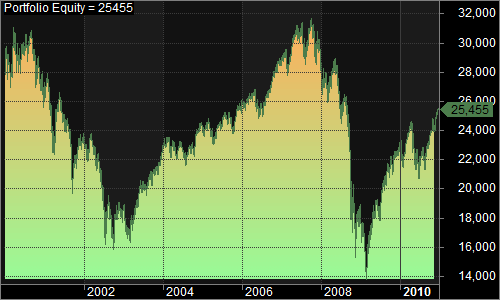 Surely we can improve on “buy on a down day” as an entry point though, right? Let’s sprinkle some TRIN into our mix.

The TRIN indicator looks like this (at the bottom): 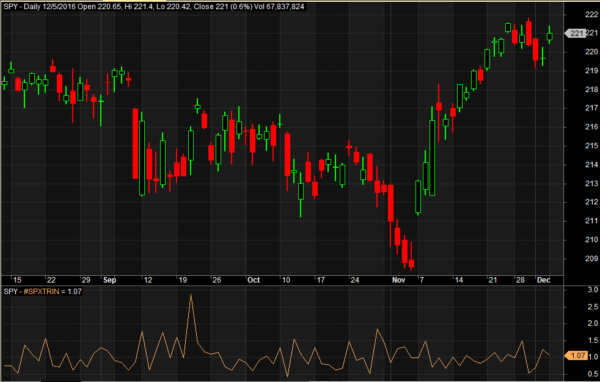 We optimize for our TRIN threshold by checking all values between .50 and 2.00 in .05 increments.

Right away we see two peaks. Optimizations that look this “peak-ish” are to be viewed skeptically. That said, all these values are profitable in some way. The higher values let fewer trades through. Over the testing period, a value of 1.45 triggered 194 trades, while a value of .8 triggered 543 trades. Both had similar CAR/MDD values, but the .8 trigger made 148% profit (the higher value made only 70% profit). As you might guess, the lower value is also more volatile, with a system drawdown of almost 18%, as compared to just under 10% for the larger trigger value.

Look at it this way: the higher the TRIN, the more bearish the sentiment (supposedly). The higher value means that we enter a trade only when the market takes a big tumble. The lower value means we enter anything as long as sentiment isn’t so good that it’s bound to fail/revert in the coming days.

Here is the equity chart for the higher 1.45 value: 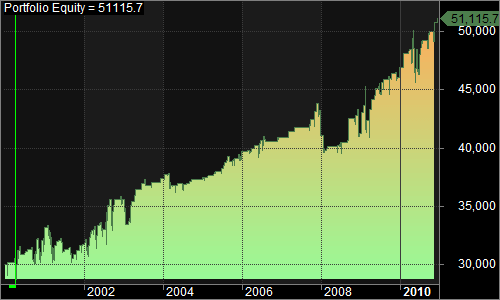 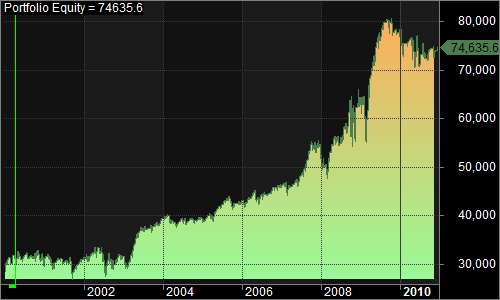 So how do these two different values look in out-of-sample testing? Both values show profit, which is a good thing. It was, however, difficult to lose money over the period of 2011 to present, so mere profitability is not sufficient. 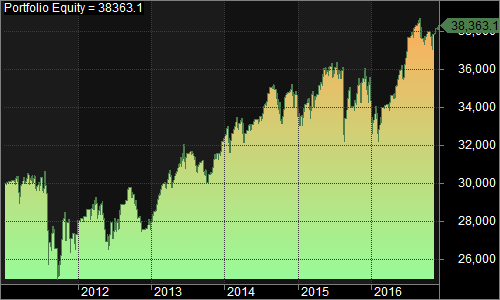 Meanwhile, the more conservative value of 1.45 yielded about 22.5% profit. The win rate for trades was almost 86%, and had only 78 trades. The average profit/loss per trade was 0.27%. The max drawdown was -7.4% and the CAR/MDD was 0.47. Less profit than the other system, but also a less bumpy ride. One might be more inclined to leverage this system as a result. 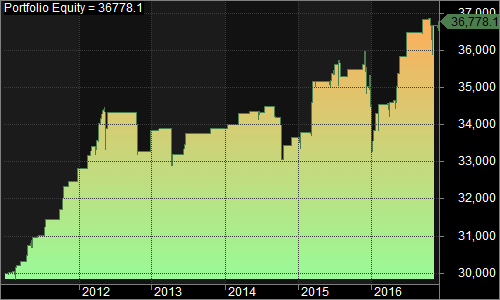 Unfortunately, buy-and-hold beats both of these systems from both a total profit (74%) and CAR/MDD (0.51) standpoint. 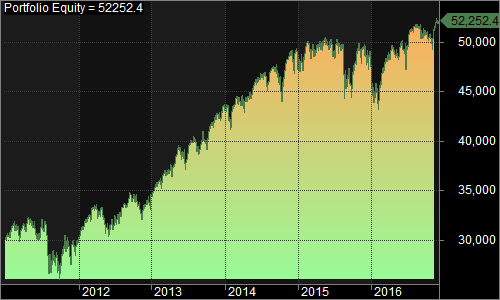 The reason of course is the period of 2013-2014, where mean reversion continually failed. The “uninterrupted prosperity” of these two years is an anomaly though, because the FED is unlikely to pour that kind of money into the markets in the future.

Looking at both the “1.45” system and “buy and hold” from the inception of SPY to the present, which one would you like to trade? I would give up a certain percentage of gains to avoid experiencing a 50% drawdown. How about you? 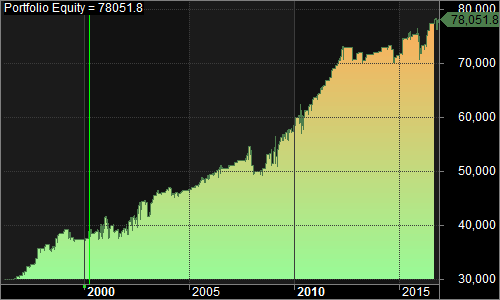 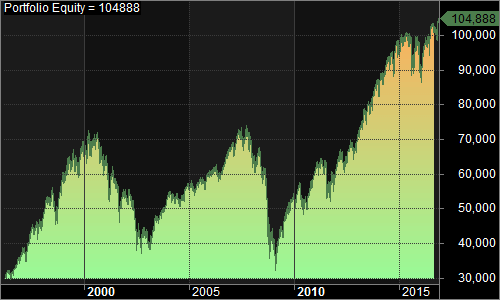 * I would remiss if I just glossed over the scourge of finance we call “commissions”. For most of this period of time, commissions would have destroyed this system unless you had a huge starting account. These days, you could trade commission-free and actually achieve something along these lines. Some combination of leverage, leveraged ETF, and account size might also make it doable with “regular” commissions. If you are new to trading, be aware that commissions are like a tax that turns many good systems into bad ones.

About the Author Matt Haines