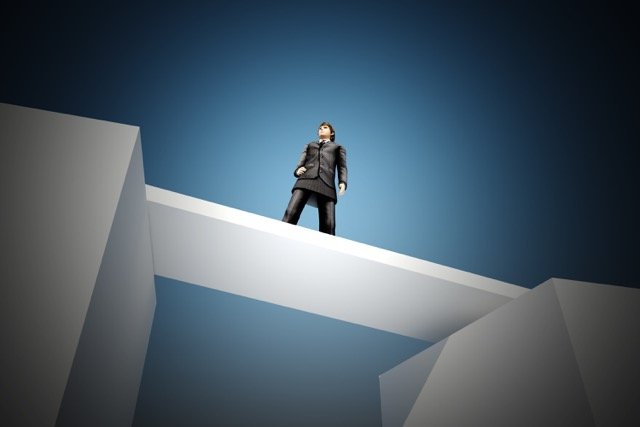 Let’s try to improve upon the gap strategy that was provided by Ben Little’s article entitled, “Testing A Simple Gap Strategy.” In this article Ben demonstrated a simple trading model called, Gap Fade 31, based on the opening gap in the S&P futures market. This was the first gap based article on System Trader Success and it drew a fair amount of attention. Personally, I’ve not looked at gap strategies since 2008. I never did find a gap strategy that I liked. However, I thought this would be a good time to review some concepts I’ve not reviewed in many years.

This trading model opened positions in the opposite direction of a gap. Thus, up-gaps were faded by going short and down-gaps were opportunities to go long. A hard stop value and profit target were placed after a new position was opened. For a more complete description please see the original article.

Because I plan on running some tests I’m going to break my historical data into two portions. An in-sample portion and out-of-sample portion. Thus, when I’m finished with my back-testing I’ll have a portion of the data to test the modified trading model on.

Before getting into the details of the results, let me say this: all the tests within this article are going to use the following assumptions:

Based upon our assumptions above, here is the baseline performance of the trading model. I’ve also attached the TradeStation performance report: Gap_Strategy_Baselin.xls.

Testing the Importance of the Range Filter

I would like to test the validity of the range filter. So, in the test below I simply removed the range filter allowing the trading model to take trades that were outside of the previous day’s range.

Here we clearly see that avoiding trades that fall outside of the previous day range improves the results. The range check is valid.

Back in 2008 when I was looking at gap-based trading models, testing day-of-the-week filters was common practice. I remember it was often demonstrated that particular days of the week should be avoided as they continually produced negative results. Let’s see how that looks today with this model.

In this bar graph the x-axis represents the day of the week and the y-axis is the net profit accumulated for taking all trades during that particular day of the week. The first bar is Monday (1), and the last bar (5) is Friday. We can see that Monday and Friday have not produced very good results overall. Not taking gap trade on these days may be a good idea.

The code for this strategy is at the bottom of this article.

I distinctly remember that the size of a gap also played a roll in determining if a particular trade would be ignored or not. I don’t recall completely, but I think too large of gaps or too small of gaps were avoided. Let’s see what we have going for us today.

Gap Increments tells the software the size range of gaps that we will be trading. For example, a gap increment of 5 states we are testing gaps that fall within a 5-point range.

Iterations tell the software how many different scenarios we are testing. It is this input value where we use TradeStation’s optimization feature to perform iterations over the trading model while testing different gaps sizes. Based on how the software works, it’s important to start this input value from zero. For example, if we want to perform 6 iterations we would enter zero here and then use the optimizer to test from 0-5. That means we will be performing 6 tests with a gap increment of five. This would generate the following tests:

Here are the results when I tested the trading model with a gap increment of 1 with 25 iterations.

Looking at this bar graph we can see gaps sizes, at bar #8 is the last bar to produce profits. Bars to the right of #8 produce no profits. Bar #8 represents gaps less than or equal to 9 points and greater than 8 points. In the end it looks like we can improve the system by only taking gaps that are equal to or less than 9 points.

The code for this strategy is at the bottom of this article.

Here we apply the gap size filter to our baseline system.

In this test I combined the day-of-week filter with the gap size filter.

After coming up with these two filters and testing them on our in-sample data, we can now apply them to our out-of-sample data. For now however, I'll be doing this next time as this article is getting a bit long. Once we test our idea on the out-of-sample data we’ll see if our efforts paid off or if it’s back to the baseline system to try new ideas.

Other Article In This Series