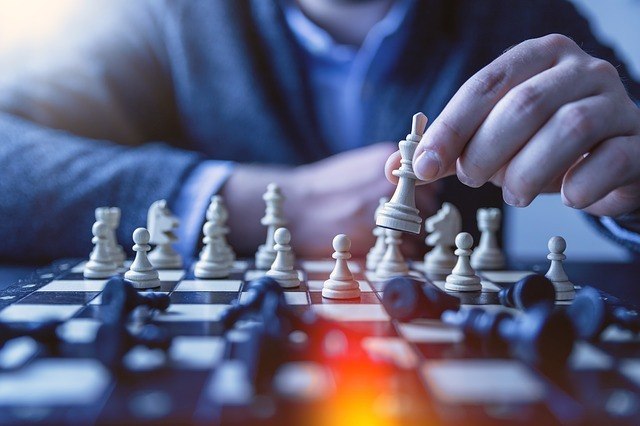 A Strategy For Each Day of the Week [Seriously?]

A different strategy for each day of the week? Sounds crazy, but is it?

I have written about “Turnaround Tuesday” before.

This simple strategy is actually at new highs since this was published over 10 months ago!

But what about other markets? Is it possible to just trade one market per day of the week (from open to next day’s open) on a specific day of the week and still do well? If you would have followed this simple “portfolio” below for the past 15+ years then yes... you would have. You wouldn’t even have to sit in front of the screens like the rest of us degenerates.

Simple strategy dating back to 2003. Short Oil on Monday’s open and cover on Tuesday’s open. Results based on a 1 lot. 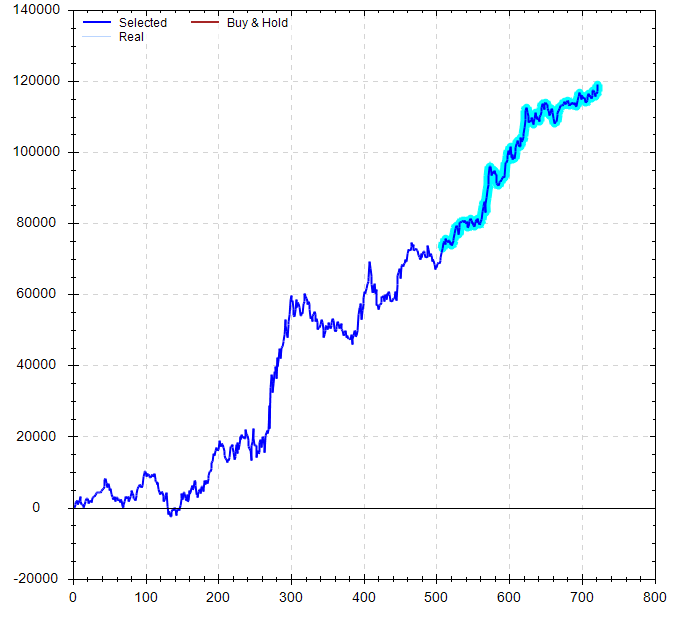 If Monday was a down day (Monday’s close less than or equal to Monday’s open) then buy Tuesday’s open and sell on Wednesday’s open. Results based on 1 lot. 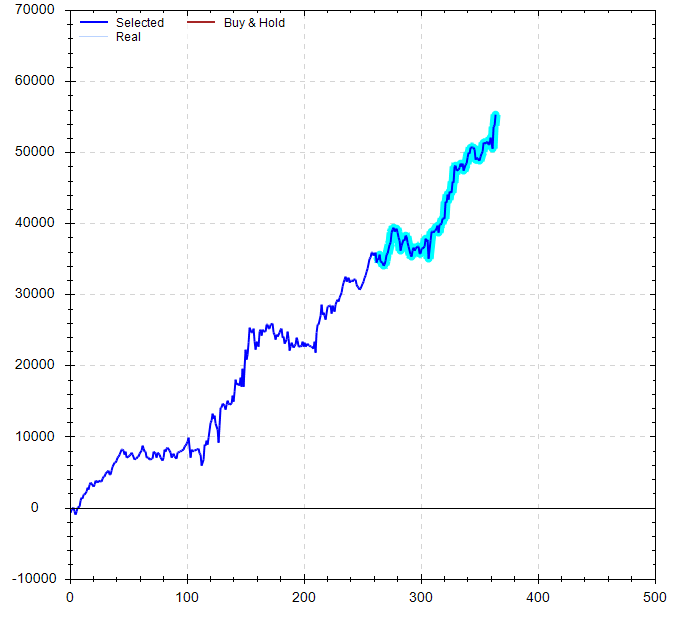 Maybe in lieu or anticipation of bad weekend news releases, buying Gold on Friday’s open and holding over the weekend to exit on Monday’s open has produced the following based on 1 lot. 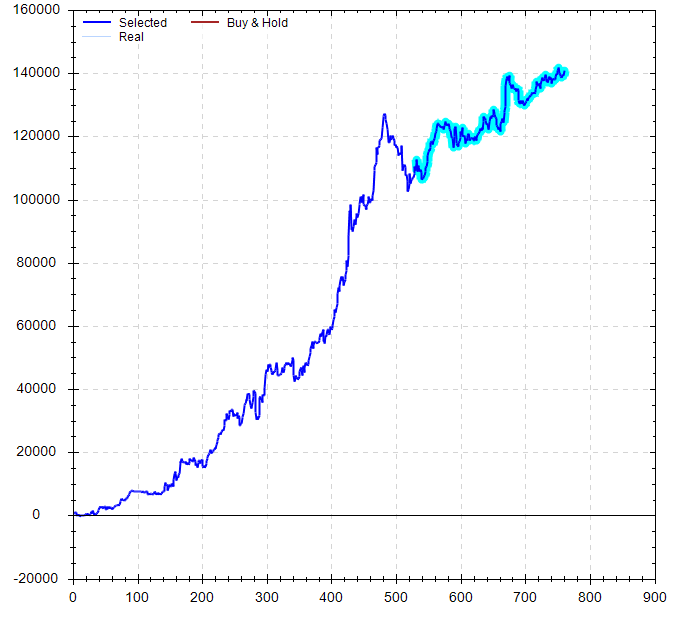 Not a bad portfolio equity curve, right?! One of the hidden ‘holy grails’ in trading is combining systems together to smooth the equity growth of the account. No single super star out of any of these three strategies but combined their curve starts to look rather nice. 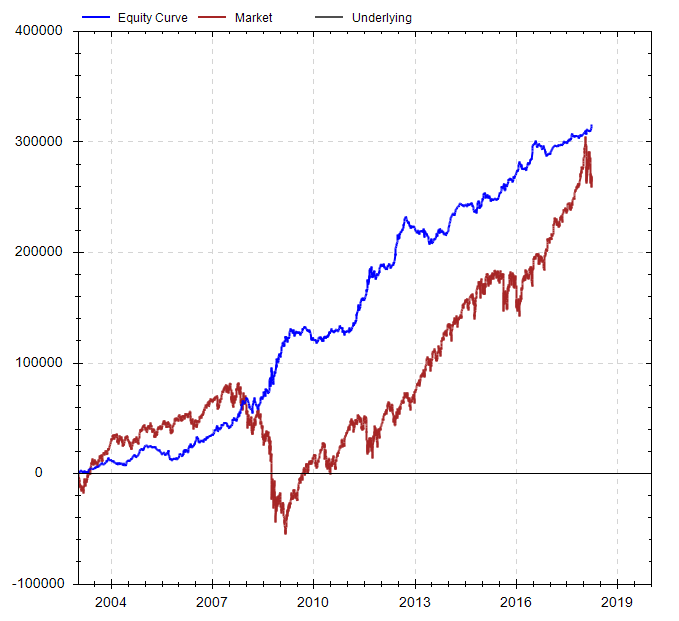 Sure these might not be alpha generators on their own but they may be combined with some other price patterns, filters, or targets and stops to become full strategies. They can certainly act as intermarket or multi-time frame filters for more complicated strategies.

For example, if you have a 60-minute mean reverting system that buys oil dips then maybe it should be turned OFF on Mondays! At the very least it is worth a look and this is all made very simple with Build Alpha – just point, click, test.

For example, did you know S&P500 has performed much better on even days than odd days? (April 6 is an even day). 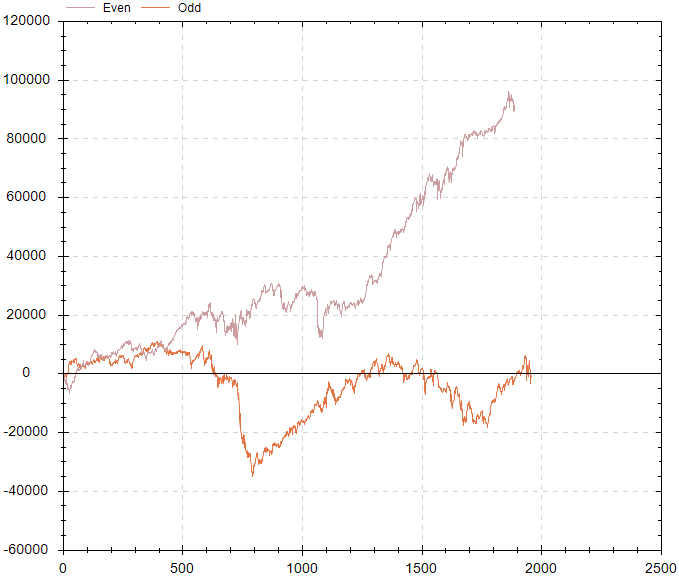 Anyway, I just wanted to show some simple things that can be tested in Build Alpha and how sometimes the most simple ideas turn out to work the longest. Maybe because people think they’re too simple and that they can’t work? I don’t know.

Either way I have put some python code (and TradeStation code) in the private Build Alpha users’ forum to specify day of the week as I know a lot of you are trying to learn python so I figured I’d help out a bit. But day of week is all point and click options pre-built into Build Alpha’s signal library for those of you who could care less about learning to code.

--by David Bergstrom from Build Alpha